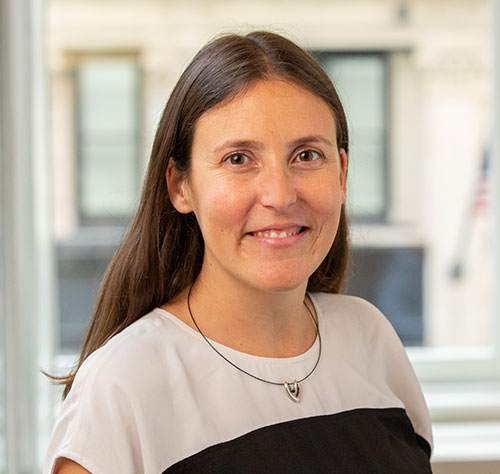 Caroline Uhler co-directs the newly-launched Eric and Wendy Schmidt Center at the Broad Institute and is an associate professor in the Department of Electrical Engineering and Computer Science and the Institute for Data, Systems, and Society at MIT. She holds an MSc in mathematics, a BSc in biology, and an MEd all from the University of Zurich. She obtained her PhD in statistics from UC Berkeley in 2011 and then spent three years as an assistant professor at IST Austria before joining MIT in 2015. She is a Simons Investigator, a Sloan Research Fellow, and an elected member of the International Statistical Institute. In addition, she received an NSF Career Award, a Sofja Kovalevskaja Award from the Humboldt Foundation, and a START Award from the Austrian Science Foundation. Her research lies at the intersection of machine learning, statistics, and genomics, with a particular focus on causal inference and gene regulation.