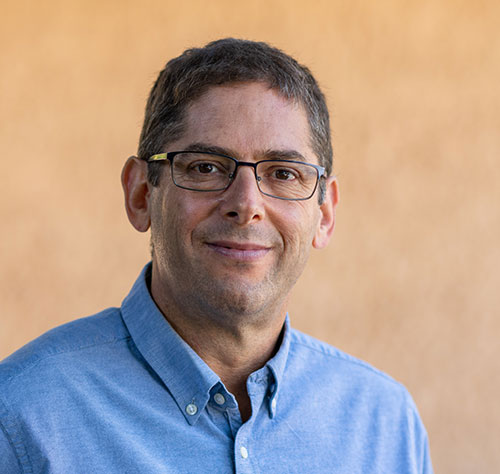 Prof. Eran Elinav, M.D., Ph.D. is a professor at the Department of Immunology, Weizmann Institute of Science, and since 2019 the director of the cancer-microbiome division, at the Deutsches Krebsforschungszentrum (DKFZ), Heidelberg, Germany. His labs at the Weizmann Institute and DKFZ focus on deciphering the molecular basis of host-microbiome interactions and their effects on health and disease, with a goal of personalizing medicine and nutrition. Dr. Elinav completed his medical doctor’s (MD) degree at the Hebrew University of Jerusalem Hadassah Medical Center summa cum laude, followed by a clinical internship, residency in internal medicine, and a physician-scientist position at the Tel Aviv Medical Center Gastroenterology institute. He received a PhD in immunology from the Weizmann Institute of Science, followed by a postdoctoral fellowship at Yale University School of Medicine. Dr. Elinav has published more than 150 publications in leading peer-reviewed journals, including major recent discoveries related to the effects of host genetics, innate immune function and environmental factors, such as dietary composition and timing, on the intestinal microbiome and its propensity to drive multi-factorial disease. His honors include multiple awards for academic excellence including the Claire and Emmanuel G. Rosenblatt award from the American Physicians for Medicine (2011), the Alon Foundation award (2012), the Rappaport prize for biomedical research (2015) the Levinson award for basic science research (2016), and the Landau prize (2018). Since 2016 he is a senior fellow at the Canadian Institute For Advanced Research (CIFAR), since 2017 he is an elected member, European Molecular Biology Organization (EMBO) and an international scholar at the Howard Hughes Medical Institute (HHMI) and the Bill & Melinda Gates Foundation.

Talk during Session 7 | Immunity and microbiota

Title of talk : Host microbiome interactions in health and disease

The mammalian intestine contains trillions of microbes, a community that is dominated by members of the domain Bacteria but also includes members of Archaea, Eukarya, and viruses. The vast repertoire of this microbiome functions in ways that benefit the host. The mucosal immune system co-evolves with the microbiota beginning at birth, acquiring the capacity to tolerate components of the community while maintaining the capacity to respond to invading pathogens. The gut microbiota is shaped and regulated by multiple factors including our genomic composition, the local intestinal niche and multiple environmental factors including our nutritional repertoire and bio-geographical location. Moreover, it has been recently highlighted that dysregulation of these genetic or environmental factors leads to aberrant host-microbiome interactions, ultimately predisposing to pathologies ranging from chronic inflammation, obesity, the metabolic syndrome and even cancer. We have identified various possible mechanisms participating in the reciprocal regulation between the host and the intestinal microbial ecosystem, and demonstrate that disruption of these factors, in mice and humans, lead to dysbiosis and susceptibility to common multi-factorial disease. Understanding the molecular basis of host-microbiome interactions may lead to development of new microbiome-targeting treatments.