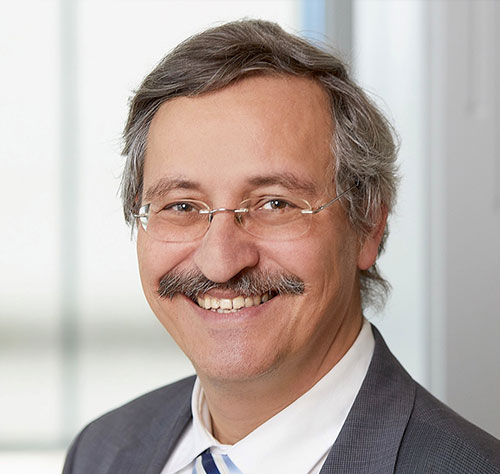 President of the ETH Board since February 2020. Michael O. Hengartner served as Rector of the University of Zurich (UZH) from February 2014 to January 2020. From 2016 until his resignation as Rector of the UZH, he also served as President of swissuniversities. Michael Hengartner has dual Swiss and Canadian citizenship. He grew up in Quebec City where he studied biochemistry at the Université Laval. In 1994 he was awarded his doctorate at the Massachusetts Institute of Technology in the laboratory of Nobel Laureate H. Robert Horvitz. After that, he headed a research group at the Cold Spring Harbor Laboratory in the USA until 2001. In 2001, he was appointed to the newly established Ernst Hadorn Endowed Professorship at the Institute of Molecular Biology at the UZH. From 2009 to 2014, he was Dean of the Faculty of Mathematics and Natural Sciences of the UZH. Michael Hengartner completed an Executive MBA at IMD Lausanne and has been honoured with numerous awards for his ground-breaking research on the molecular basis of apoptosis, including the Swiss National Latsis Prize in 2006. In 2010, he received the Credit Suisse Award for Best Teaching from the University of Zurich. Michael Hengartner was awarded an honorary doctorate from the Sorbonne University in 2016. The UZH rector received the award in recognition of his research in molecular biology and his services to society.

Talk during official opening and round table - Past, Present, Future