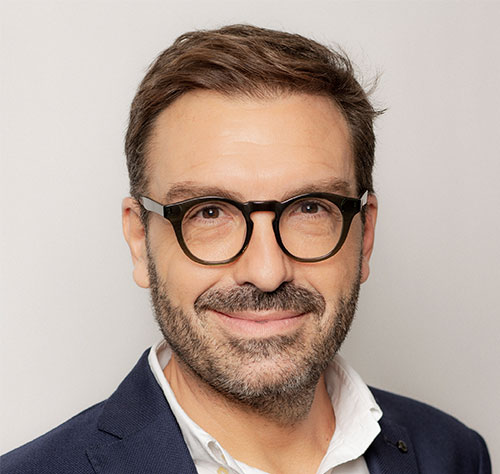 Dr. Quintana-Murci, presently Professor at the Collège de France and Institut Pasteur, earned his PhD in Population Genetics at the University of Pavia (Italy), and his MSc in Biology at the University of Barcelona (Spain). He heads the Unit of Human Evolutionary Genetics in the Institut Pasteur since 2007, and he was Scientific Director of the Institut during 2016-2017. He is a population geneticist whose research focuses on understanding the demographic and adaptive past of human populations, with a strong focus on Africa and the Pacific. He is also interested in how pathogens have exerted selective pressures on the human genome. In this context, his research focuses on the study of the genetic, epigenetic and environmental factors driving variation in human immune responses, as this helps to lay the foundations of precision medicine related to infectious and immune-related disorders. He has co-authored over 200 publications on fundamental population genetics as well as evolutionary genetics of infection and systems immunology. He is a member of EMBO, the Academia Europaea, and the French Academy of Sciences.

Talk during Session 7 | Immunity and microbiota

Immune response is one of the functions that have been more strongly targeted by natural selection during human evolution. The evolutionary genetic dissection of the immune system has greatly helped to distinguish genes and functions that are essential, redundant or advantageous for human survival. It is also becoming increasingly clear that ancient admixture between early Eurasians with now-extinct hominins such as Neanderthals or Denisovans, or modern admixture between human populations, can be beneficial for human adaptation to environmental cues, including pathogen pressures. I will focus on how integrating population genetics and functional genomics of contemporary humans with ancient DNA from both ancient humans and extinct hominins — including ancient DNA data from different epochs — can inform about key immunological mechanisms of host defense, the detection of natural selection in real time, and the history of past epidemics such as tuberculosis. Furthermore, I will present our most recent data on the dissection of the genetic and evolutionary factors driving variation in human immune responses to RNA viruses, including SARS-CoV-2. Collectively, our results suggest that, while environmentally-driven differences in cellular composition are a major contributor to population variation in immunity to infection, genetic ancestry and adaptive evolution have also played a critical role in the differentiation of immune responses to viruses presently observed across major continental groups.