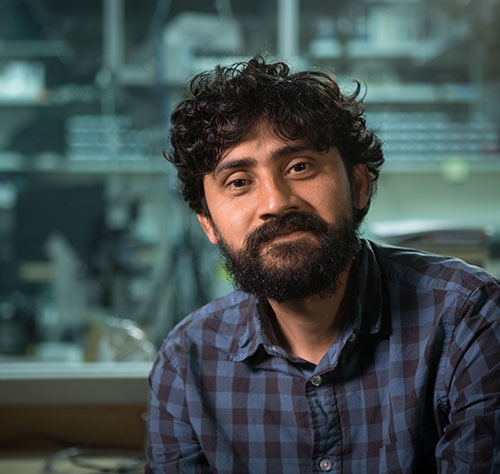 Manu Prakash is an Associate Professor of Bioengineering at Stanford University working in the field of physical biology and frugal science. He combines his passion for basic science with development of affordable and accessible technologies that can be used for science education, research, and public health in resource poor settings with the goal of democratizing access to scientific tools. He is best known for developing the ultra-low-cost paper microscope Foldscope and Paperfuge, a 20-cent hand-powered centrifuge made of paper and string. He is a 2016 recipient of the MacArthur Fellowship, an HHMI-Gates Faculty Scholar, and in 2015 he received the National Geographic Emerging Explorer distinction and the NIH Director’s New Innovator Award, among other recognitions. The Prakash lab works on “Frugal science” - building, designing. and deploying tools for scientific explorations globally. Our work in frugal science spans disciplines with applications in global health, environmental monitoring and biodiversity discovery. The lab works in an open-source framework; so much of the work in frugal science is rapidly available to communities around the world and hence can be scaled. His lab has demonstrated that in the past with deployments of tools like the Foldscope, Paperfuge, Octopi, Planktonscope and Pufferfish. Manu received a B.Tech. (2002) from the Indian Institute of Technology Kanpur and a Ph.D. (2008) from the Massachusetts Institute of Technology. He was a junior fellow of the Harvard Society of Fellows (2008–2011) prior to joining the faculty of Stanford University