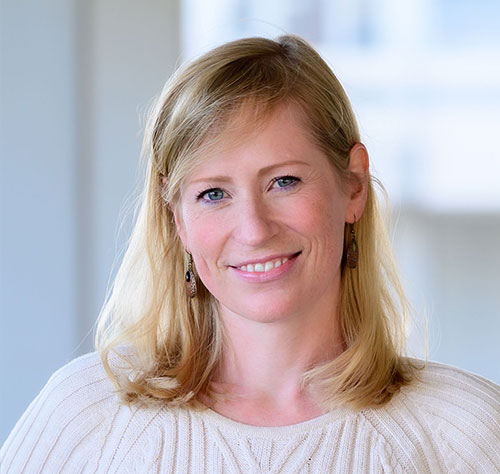 Melina Schuh is a Director at the Max-Planck-Institute for Biophysical Chemistry in Göttingen, Germany, where she leads the Department of Meiosis. She graduated in Biochemistry from the University of Bayreuth in 2004, working on centromeres in Drosophila embryos with Stefan Heidmann and Christian F. Lehner. In 2008, she obtained her PhD from the University of Heidelberg and the European Molecular Biology Laboratory (EMBL), where she established methods for high resolution microscopy of live mouse oocytes in the group of Jan Ellenberg. In 2009, she became a Group Leader at the MRC Laboratory of Molecular Biology (LMB). At the LMB, her group carried out the first studies of meiosis in live human oocytes and developed strategies for high content screens for meiotic genes in mammals. In 2016, she was appointed to her current position at the Max-Planck-Institute for Biophysical Chemistry. Her laboratory studies how errors arise during the meiotic divisions of mammalian eggs, and what causes the age-related decline in female fertility. Her lab also developed a new method for the acute degradation of endogenous proteins, called Trim-Away. Recent work from her lab established essential functions for actin in acentrosomal spindle assembly, and led to the discovery of the LISD, a liquid-like spindle domain, in mammalian oocytes. Melina Schuh is a member of the Leopoldina (German National Academy of Sciences), an EMBO member and a recipient of the Leibniz Prize, the EMBO Gold Medal, the Colworth Medal, an ERC Starting Grant, a Biochemical Society Early Career Award, the European Young Investigator Award, the Lister Research Prize, the John Kendrew Young Scientist Award, and the Binder Innovation Prize.

Title of talk : Illuminating the beginning of life

The Schuh lab studies meiosis in mammalian oocytes. In particular, we are interested in how oocytes segregate their chromosomes, and how aneuploidy arises from chromosome segregation errors during the meiotic divisions. Our interests focus on how chromosome architecture changes with advancing maternal age, and how cytoskeletal structures, in particular actin and microtubules, cooperate to drive chromosome segregation in meiosis. I will present our latest research on these topics.