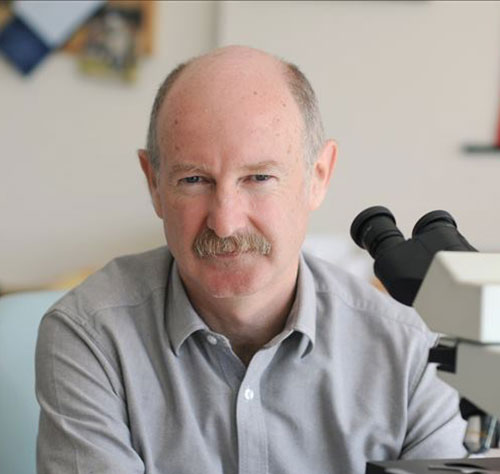 Rafael Yuste is Professor of Biological Sciences at Columbia University. He studies the function and pathology of the cerebral cortex, using optical methods. Yuste obtained his M.D. in Madrid and, after working in Brenner's laboratory in Cambridge, he did a Ph.D. with Katz in Wiesel’s laboratory at Rockefeller University, and postdoctoral research with Tank at Bell Laboratories. He joined Columbia in 1996 and is director of its Neurotechnology Center. Yuste led a group of researchers who proposed the US BRAIN Initiative, helped coordinate the International BRAIN Initiative and is involved in developing ethical guidelines for Neurotechnology (“NeuroRights”). Yuste has obtained many awards for his work, including New York City Mayor's, the Society for Neuroscience's Young Investigator, the NIH Director Pioneer Award and the Tallberg Foundation Eliasson Prize for Global Leadership.

Title of talk : Can you see a thought? Neuronal ensembles as emergent units of cortical function

How neural activity is transformed into thought is arguably the central question of neuroscience. The design of neural circuits, with large numbers of neurons interconnected in vast networks, strongly suggest that they are specifically build to generate emergent functional properties (1). To explore this hypothesis, we have developed two-photon holographic methods to selective image and manipulate the activity of neuronal populations in 3D in vivo (2). Using them we find that groups of synchronous neurons (neuronal ensembles) dominate the evoked and spontaneous activity of mouse primary visual cortex (3). Ensembles can be optogenetically imprinted for several days and some of their neurons trigger the entire ensemble (4). By activating these pattern completion cells in ensembles involved in visual discrimination paradigms, we can bi-directionally alter behavioral choices (5).  Our results are consistent with the possibility that neuronal ensembles are functional building blocks of cortical circuits and serve as elementary elements for perception, memories and thoughts.